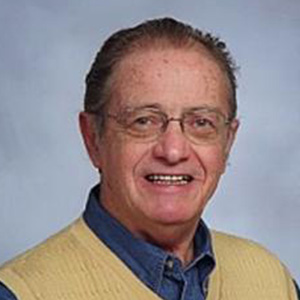 Terence Kennedy was born July 9, 1938 in Jersey City, NJ to Terence and Nora Kennedy. He graduated from St. Peter’s Prep, in Jersey City, in 1956. He served in the Army, working communications, and was stationed at Ford Ord, CA and Nuremberg, Germany, where his daughter Debbie was born. He graduated from St. Peter’s College in 1966 with his BS and received his MBA from New York University in 1968. He worked in Finance positions in New York and New Jersey, including serving as a Vice President of finance at Jersey City Medical Center. In 1973, he and his family moved to Towson, MD to accept a position in financial leadership at Baltimore City Hospitals, where he worked for several years. In the 1980s he opened Kennedy Associates, providing financial consulting services. His clients consist primarily of churches and nonprofit organizations whose missions focus on helping the less fortunate, such as Project PLASE and Fuel Fund of Maryland. He also served as a part time faculty member at Stevenson Universtiy for 24 years, teaching accounting. He loved and cherished his family who include his children Karen, Debbie, Terry and wife Beth, Kevin, and Tim, and his former wife Patricia. He held a very special place in his heart for his devoted grandchildren Kaitlin, Emily, Michael, Rylee, Tommy, Madison, and Kyle. He was the proud brother of Bernice Kile and her husband Bill. He had great love and affection for his nieces and nephews – Jane Marie and her husband Jimmy, Greg and his wife Patty, John and his wife Deanna, Andrew, and Billy. He also was blessed to have many loving aunts, uncles, and cousins. He leaves a legacy of a wonderful family, who will honor his life by modeling the philosophy he lived by-integrity, work ethic, devotion to family and a love of life. He was defined by his love of family and commitment to helping those in need. He was always giving in life, and in his death he donated his corneas to help restore the gift of sight to others.