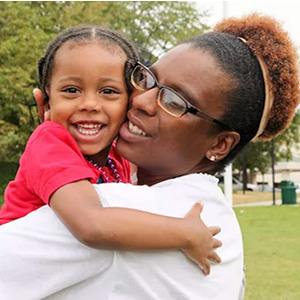 When James Carter, 21, passed away and became an organ and tissue donor in 2013, LaGwen, his mother, reached out to the recipients by letter, describing who James was and praying for their health. The oldest of four and uncle to one, James was quiet, respectful, well-mannered, and loved by everyone. This is proved, LaGwen says, at a candle light vigil held in James’ honor. “To see how many people he touched, it was unbelievable,” says LaGwen, while holding her grandson. James was a jack of all trades when it came to sports, playing both football and hockey while running track for charity events as well. “He gave his all to everyone and never expected anything in return. He worried more about others and kept his own feelings to himself. James brought me so much joy. He was my first born and gave meaning to being a mother.”